A sketch, a few crops, and a whole lot more!

OK, where do i start?  I haven't been doing a lot of scrapping lately becuase we have had family and friends visiting and I have been teaching at my LSS.  BUT, I have gotten a few thing done.

First up is the April Sketch Challenge at Ch{all}enge Masters.  This month, I have another team member, Marianne, working with me as well.  Here is the sketch that I created and my example: 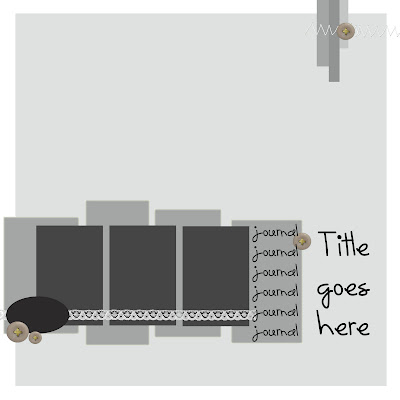 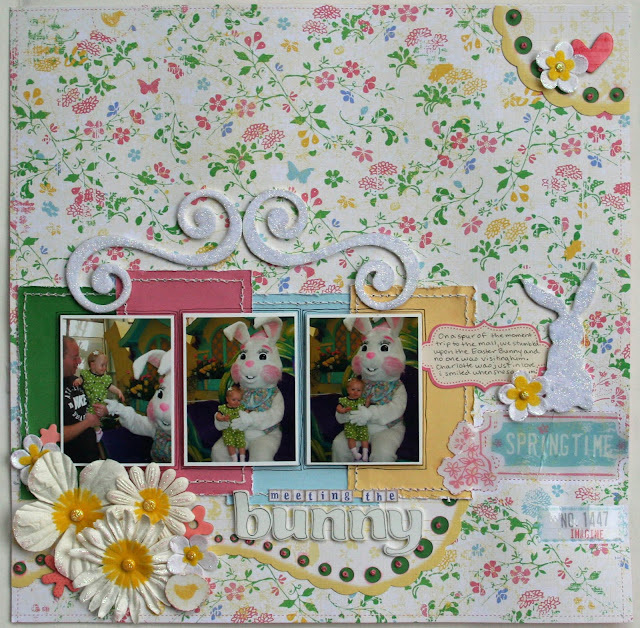 For this LO above, I took the LYB die cut paper and put some green paper behing it.  Then I took some embroidery thread and did a french knot in each circle.  Yes, it took forever.  The chipboard swirls and the bunny are covered with white flock and glitter.  The flowers I used some double sided shaped tape and added yellow flock to the centers. 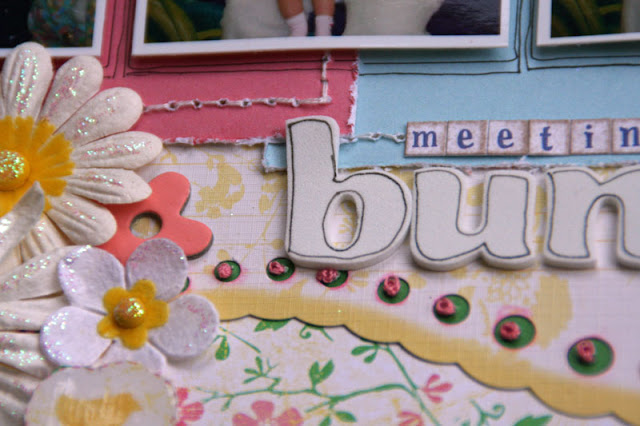 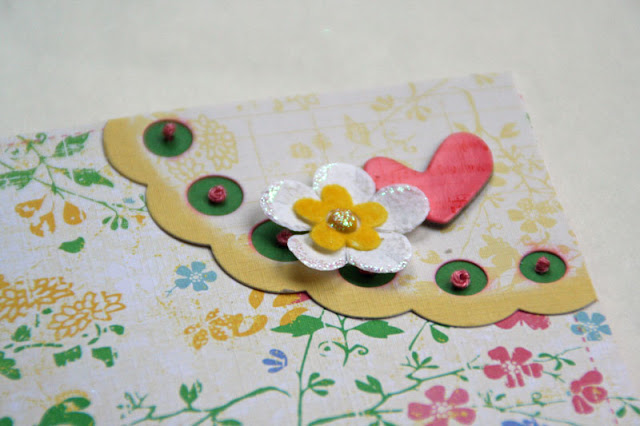 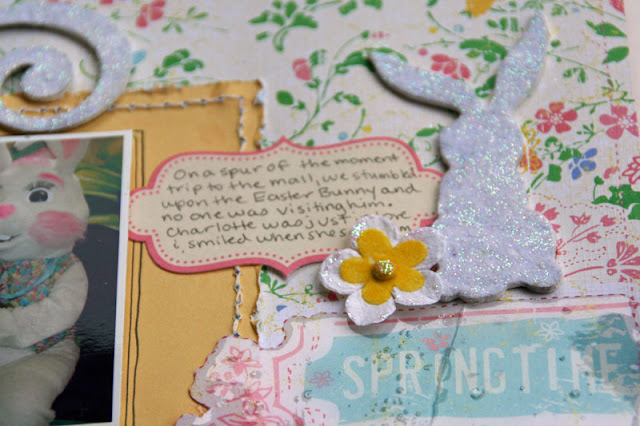 If you like the sketch, then come play along at Ch{all}enge Masters!  As usual, there are lots of other fun challenges, too, and a great prize!

I am Guest Designing for ScrapDango this month, and every month on their blog they have a sketch challenge.  This was my sample for the sketch challenge using their April "Spice" kit featuring BoBunny Mamma Razzi. 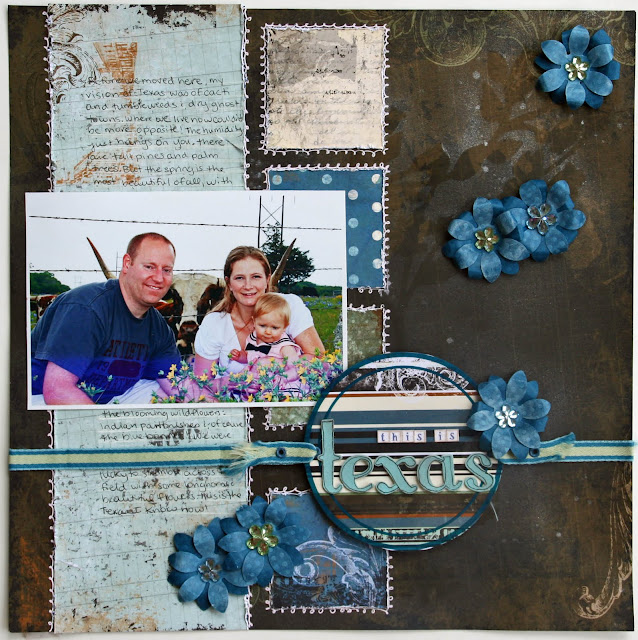 Last week while my FIL was here we went out on a little roadtrip to go catch some of the beautiful wildflowers.  We came across this pasture with tons of flowers, and of course some longhorns!  There were lots of people stopped to take photos....it ws such a pretty setting!  Anyways, this LO is about what I thought Texas was like before I moved here, and what it is to me now.

I used some new Marshmallow colored Glimmer Mist on this.  I wish it covered a bit more white, but it does give a pretty sheen. 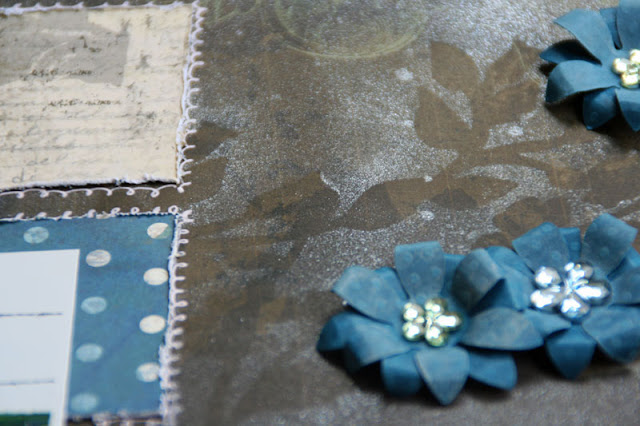 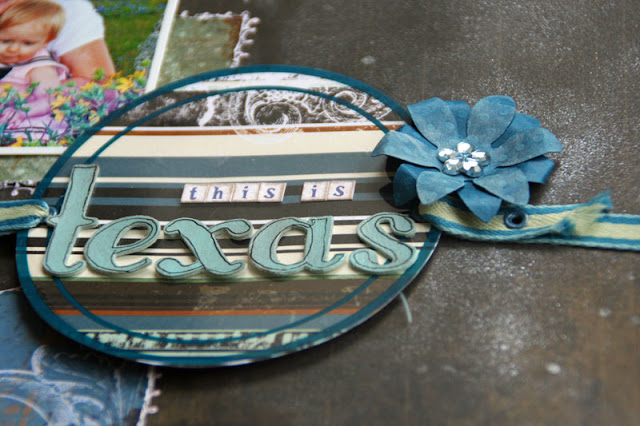 Finishing up right now is also the "New Beginnings" crop at Scrapdango.  One of my challenges was based on a packet of seeds and was to use a certain color combo of orange, white, salmon, and rose; strips of paper, flowers, and something "liquid" on your page.  This was my example. You can still head over there to enter because the deadline isn't until the 25th.
I used an old Cocoa Daisy kit from last May for this...trying to use up my stash! 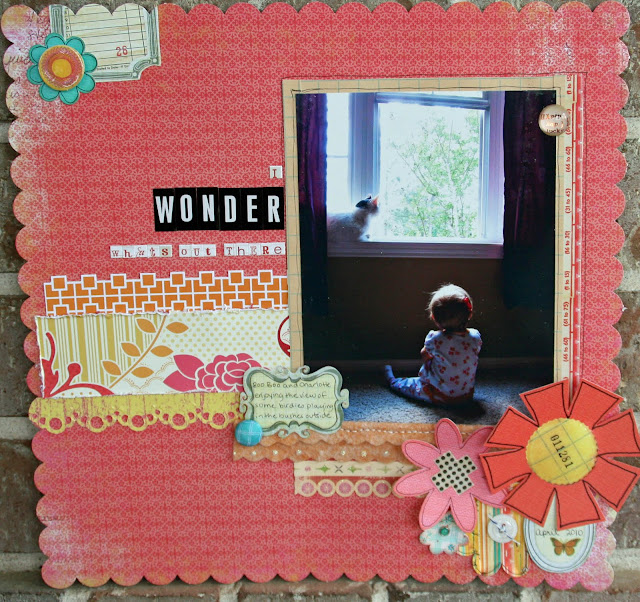 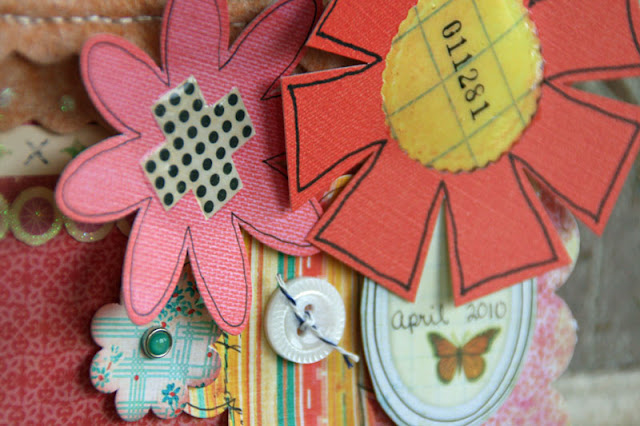 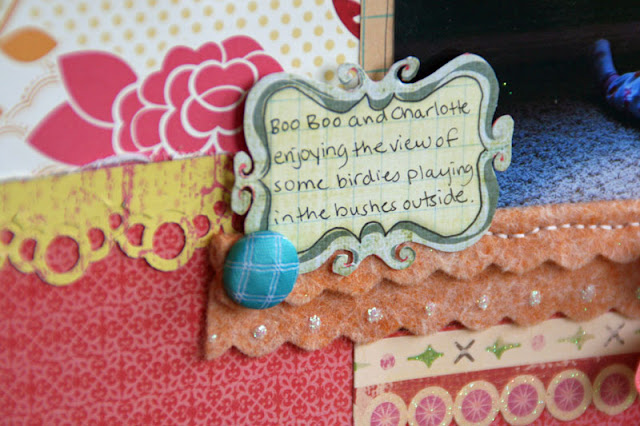 Lastly, this LO is killing a few birds with one stone!  I saw Sketchy Thursday's sketch last week and loved it, and also loved that they were combining their challenge with the "Who's That Girl" blog.  I didn't get it done in time to post it to Sketchy Thursdays, but I did get it done.  When I read the challenge initially, I was sitting at the computer at the LSS where I worked and had just finished my first class.  The theme was "Right Now", and I took it literally.  I took 4 photos from where I was sitting and journaled a few thoughts and things I had just done.  I loved this process.  I want to do more LO's like this....just random times, and just stop and say, "It's Time...Right Now"  and take some photos and scrap them.  I think it would make a cool album....I might do it once a month.

I also used this LO as my challenge this week at Scrapdango...to scrap an everyday photo that YOU are in.  It is hard for a lot of us to do because we are the ones that are behind the camera most of the time! 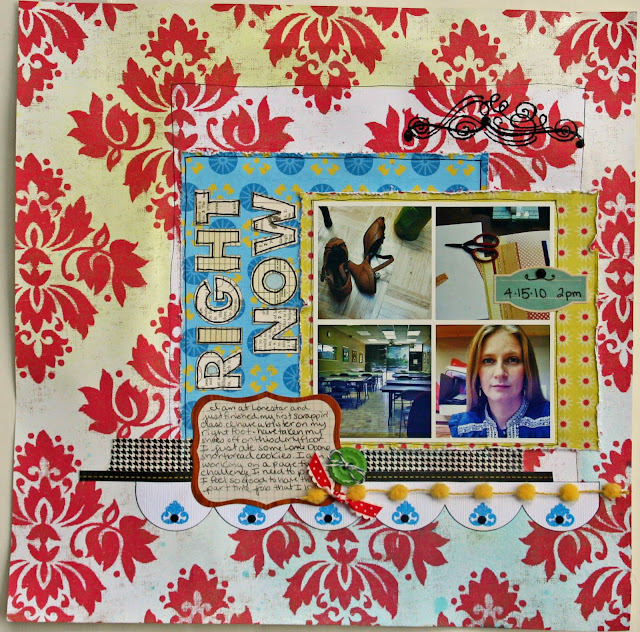 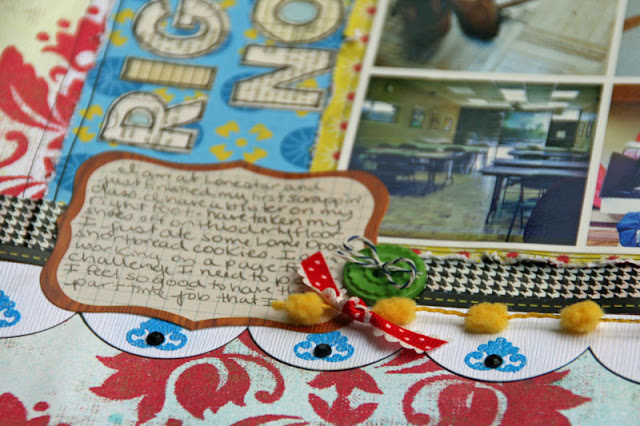 Well I am working on a TON of project for next week.  There will be a kit reveal for Scrapbook Kit Club, and a few crops going on this weekend and next, so I have a lot to do! Until then.....
Posted by Audrey Yeager at 11:46 PM

Hey girl!! I absolutely love all of this!! I was drawn in by that Easter page, for sure!! Great use of the floral paper, that would have totally overwhelmed me, but you did awesome with it.
So glad you did the right now page, too.
Love it all!!!

Wow! Seriously amazing pages. I love all of those pages but that Easter one really pops!

I have had a wonderful time reading your blog. Your designs are great. Thank you for letting me visit.
Susan
http://amazingcouponanddiscountdeals.blogspot.com

Loving the LOs!! Way to use the stash too! Your challenges and Dango things rocked! We're so glad you got to hang with us this month!

Wishing you a very Happy Birthday!! I am new to your Blog and just love all the goodies that you created!!!

Awesome layouts! I really love that pic of Charlotte and the cat looking out the window. Very cool!

oh, WOW! the things you do with kits and sketches! LOVE these pages and can't believe those little knots - they might have taken forever, but they look AMAZING! just that little extra bit of circular dimension - love it!

i also hear something about a birthday, so i wanted to stop by and wish you a very happy one! may you get lots of yummy papers and pretties!

love from one of your Envious sistahs! :)
---leah