Some Red White and Blue GLORY

The July kit at Birds of a Feather features the beautiful Glory collection from Authentique as well as some papers and embellies from Jillibean.

This kit is perfect for me right now because I have photos of my brother's HS graduation (and his mascot was the Patriots and colors were RW&B...how fitting), plus my grandfather was selected to be part of a WWII Honor flight, which needs some patriotic papers, AND I still have photos from last Independence Day to scrap, too!

So let me start with a page that I did about my little bro's graduation.  He graduated from the same school I did, but 18 years later!  :)  He was so excited to have Charlotte there and we were so glad we could make it.  Kyler was taking his nap and never would have made it through the ceremony!

When I started this page, I was thinking about the square mortar board graduation caps and how the kids throw them in the air.  I wanted to mimic the caps and the movement. 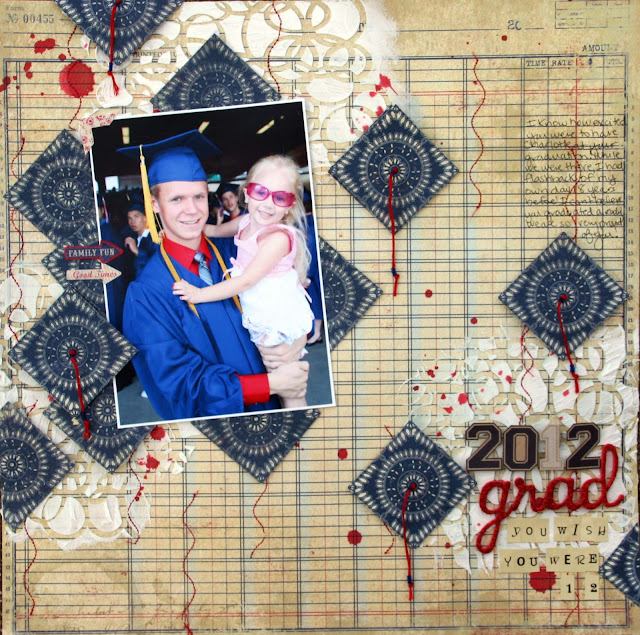 I started by using a ringlet stencil and some molding paste on the background and then splattered with some red ink.  I used a wavy line stitch on my machine to stitch with some red thread to represent the movement. 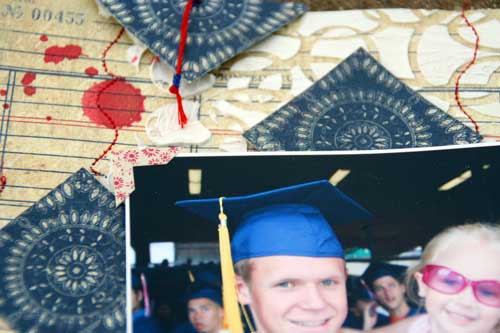 On the navy squares cut from the patterned paper I added a "tassel" and some small navy seed beads to the string.  These are supposed to be the graduation caps!  :) My brother's class had some clever t shirts made up with their class year and all the students names.  It said BHS 2012...You Wish You Were 1(one) 2(two).  I used that as part of the title!  :) 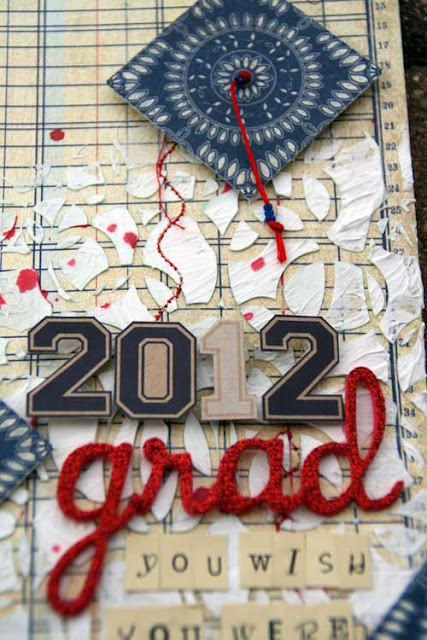 I also had to make some cards from my brother and a few of his friends since they had a joint graduation party.  I wanted to include stars on each and some paint and ink splatters, too! 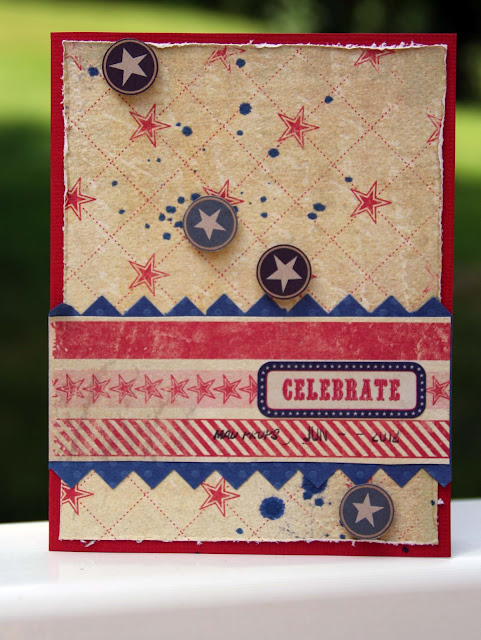 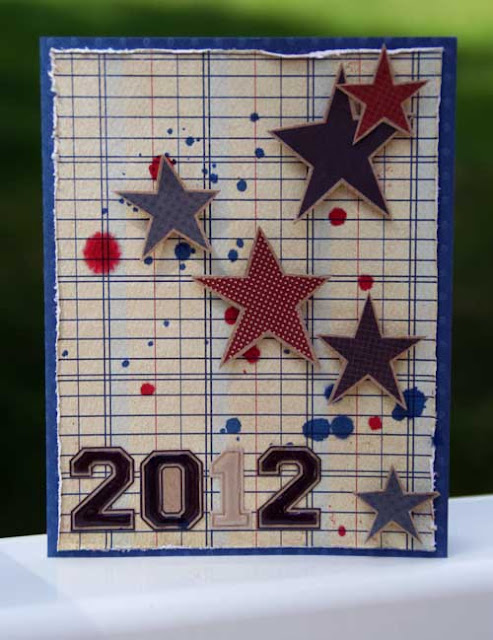 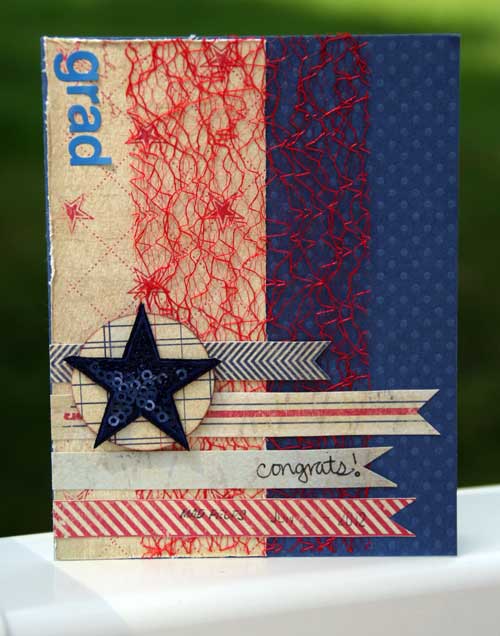 I can't believe that my little brother graduated high school.  He is off to Syracuse University next year (also my alma mater for grad school) and I couldn't be more proud!!!!

Stay tuned in a few weeks for my July 4th LO and a mini album for my grandpa about his WWII Veterans Honor Flight. In the meantime, check out BOAF...there is a DT call going on!
Posted by Audrey Yeager at 11:28 PM

Whoa! Audrey it amazes me what you have created as always but with what's been up in your life? You are an inspiration to all of us who procrastinate! Wonderful!

Thanks for the idea! I think I may try and copy the mortar board idea for a page for Lindsey & Jake.

WOW Audrey! I'm loving everything today!! Love all the details--super fun that you scrapped your baby brother! :)

SU, Great School!!! Love your page with the mini caps and the red dangles, so pretty! Great look!

What a fabulous layout! Wow, I love all the movement and excitement you added with the stitching and spatters!