Kyler was a pretty fussy baby....nothing compared to what Charlotte was like (she never cried!).  This guy would howl the moment you set him down.  I swear we couldn't put him down for 5 minutes without a wail.  Then there was the whole issue of him not taking a bottle at 3 months (i had been exclusively nursing).  I mean we tried everything...feeding him in the car set and th bouncy chair, 4 or 5 different types of nipples, letting different people try while I was gone...nothing...

Anyways, I am playing with the new Crate Paper Story Teller line this month at Memorable Seasons and I have just one word: LOVE!  I ordered it all and Pretty Party, too!!!!
These next two weeks are also Chevron weeks at Paper Issues, so go link up your chevron projects, too! 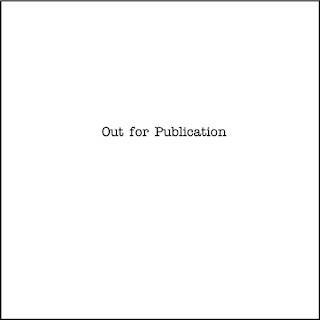 So I wanted to try to create a chevron type of pattern on my page with some diamond shapes. I cut 2" square and then cut them diagonal to create the triangles.  I layered the triangles and stitched down the middle. At first this page started out with totally different photos of Charlotte and had some pink in it, but it wan't working.  When I switched the photos and removed the pink and put in woodgrain, I was please with the result.


Miss Charlotte actually took these photos with HER own camera.  Santa had brought her one of those Discovery cameras. It is fun to look through and see what things she has taken pictures of.  And these ones of Kyler weren't that bad!  The expressions on his face in these photos just scream "Something Else".


One of my new favorite things is Distress Stain, which I used here in Antique Linen, and it just ever-so-lightly stains the background. I misted the background, too, with a light grey mist and used my chevron mask from Crafter's Workshop.  Then I splattered a bit of paint.

Things WERE starting to get a lot better, but he just started crawling about 4 weeks ago, and today he pulled himself up on the bottom step....we are in so much trouble.  He sure is Something Else......
Posted by Audrey Yeager at 10:31 PM

LOVE all the chevrons! GREAT layout and way to document your unique little guy! :)

This is a totally fabulous page Audrey!! I love the CP on this and the way you created the chevron pattern! Awesome design on your layout and such a fun use of tags! And I love the story behind your title and the photos!! :)

Very cool chevrons. Love the "something else" nickname. :)

So funny! Love how you documented this fun fact about your little guy. Thanks for sharing the distress stain close-up. I've been wondering if that's a product I need to have....probably is ;) Have a great day, Audrey!

Audrey, just when I think I ahve seen it all, I can come here and see your stunning works of art. This is a dynamite page and the story is..well...SOMETHING ELSE! (in a good way) It great that your scrapbok these moments too! xoxoxo

What a brilliant layout.. love all the tags and the cool chevrons... I especially love Kyler's Something Else story. :)

I absolutely love this layout Audrey! You chevon pattern is amazing! Thanks for sharing!

Wow! love this and love his nick name! How cute!

This is a way cool page!

I love your chevrons! Such a fun layout!

This is a great layout. Thanks so much for sharing. Gloria

Visit my blog – Would love to have new members.
http://purpleglocreations.blogspot.com