For the month of Sept, us DT girls at My Scraps & More got to work with the unique Fancy Pants "Country Boutique" line.  I have to say that it isn't something that I would pick up right away, and I was worried about using such a neutral palette.  But after working with it for a bit, I love how the neutral colors really make your photos stand out.

I really wanted to use a landscape photo with these papers.  I thought that the blues and greens would just stand out perfectly against the browns and greys. 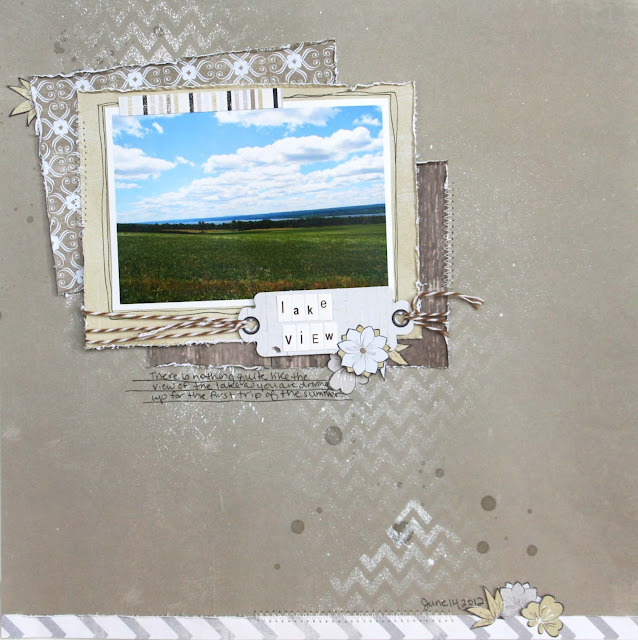 I took this shot of Cayuga Lake (in the Finger Lakes of NY) as I traveled there for the first time this summer back in June.  My parents have a cottage on the lake and we spend a lot of time there!

I based my page off of a sketch on the Fancy Pants blog. 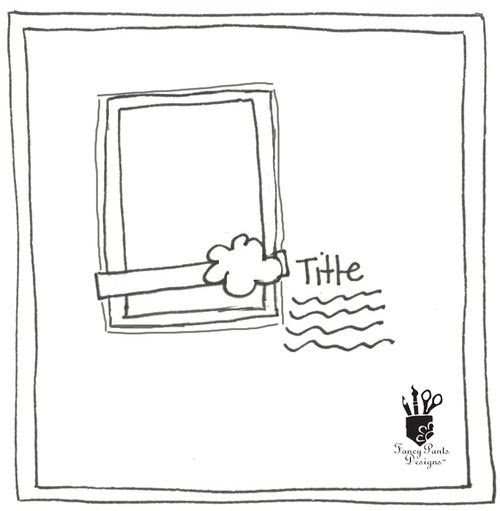 This is a rather clean page for me, but I still added my bits of misting and inking, and some wrapped twine. 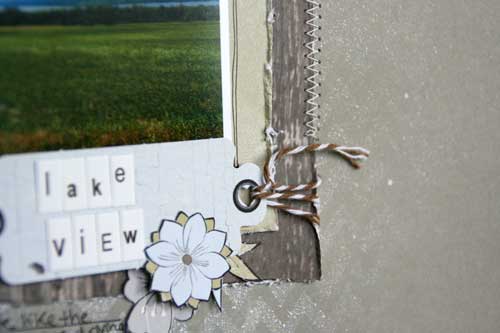 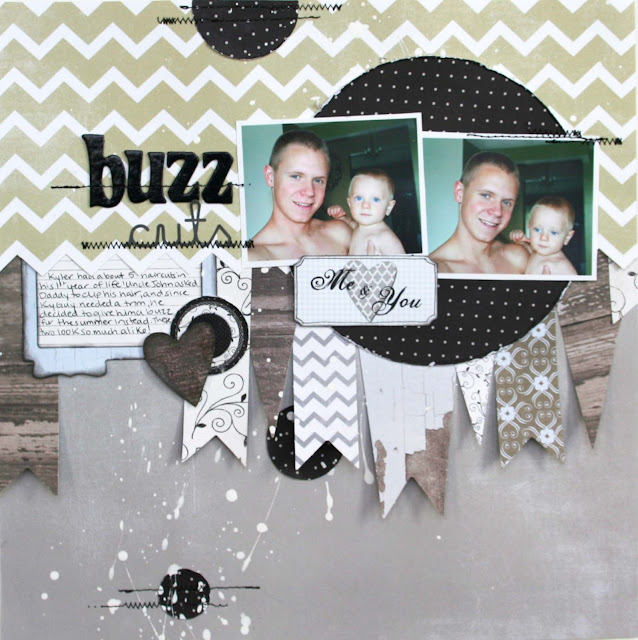 Under the chevron papers, I layered a whole bunch of banners from the banner die cut sheet, and also a mini file folder that came with the title die cuts.   I wanted to ground my photos a bit more, so I added some black circles, too. 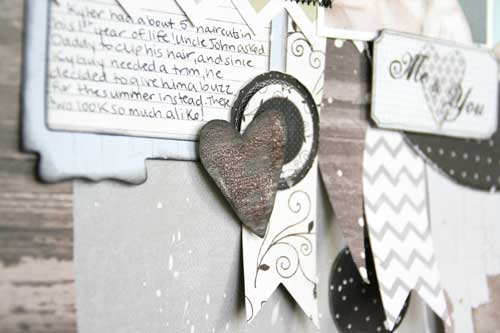 I was holding my paintbrush a different way when splattering my paint this time, and I really like how it landed on the page.  I really want to experiment more with getting paint splatters just right! 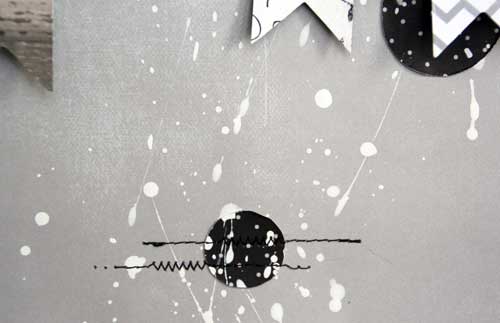 Lastly, with the great die cut banner sheet, I just had to make an actual banner.  But because I used some on my previous layout, I only had a few left, and had to think of a creative way to put my letters on three pennants.  It was either a 3 letter word, a 6 letter word, or a 3 word phrase.  I decided on FA MI LY. 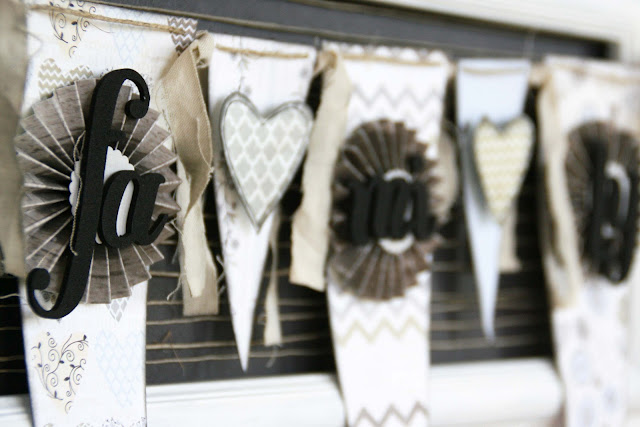 I bought this cheap frame at Wal Mart for $3.  I painted it white a few times, but I love that you can still see the pattern on it a bit. Behind the banner I simply wrapped a piece of the black patterned paper from this line with some twine and placed it in the frame, removing the glass. 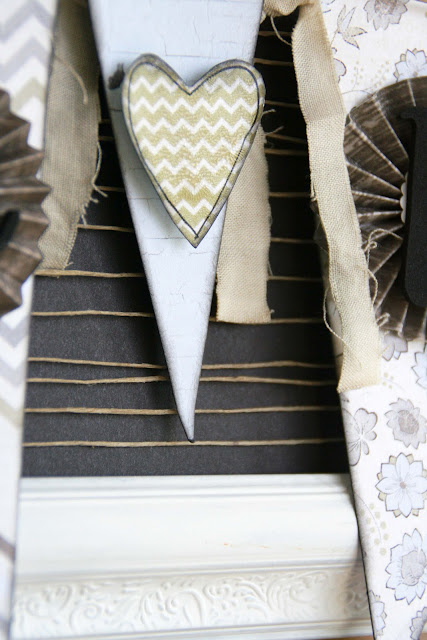 I made some accordian flowers to mount my letters on, and the other pennants got some fussy cut hearts that i inked and covered with crackle paint. 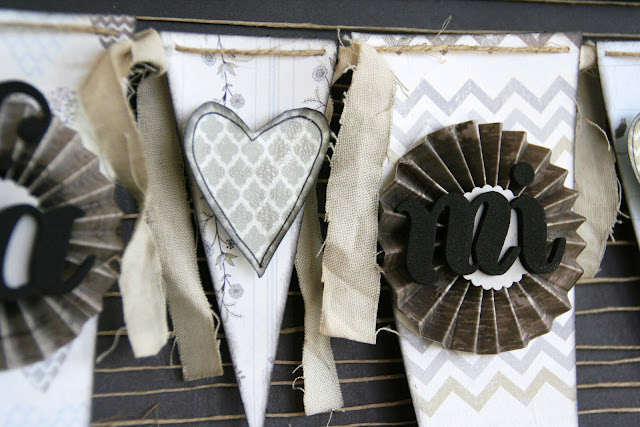 The banner was a bit big for the frame, but that was totally fine by me!  I love the natural feel of this with the colors, the white washed frame, and the twine. 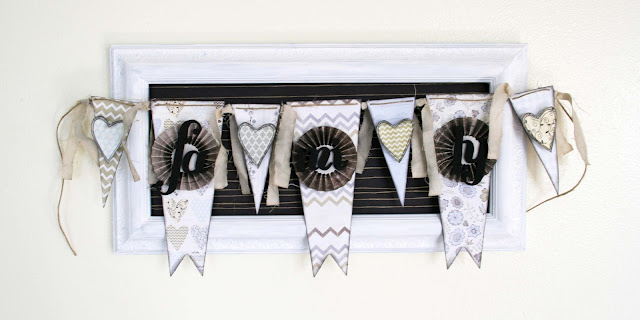 I have been a scrappn' fool this month, and think I have done at least 20 pages.  Just finished 4 last night that I have to photograph.  I am hoping to go to an all day crop next Saturday at a local store (which I have never been to).  We will see!

Also, I just sent my registration in today for a 3 day retreat in Ogdensburg, NY!  It's called Crop til You Drop, which I'm sure I will!  WOO HOO!
Posted by Audrey Yeager at 10:46 AM

What beautiful details. I love the close up shots. Have a lovely weekend xx

Fantastic pages Audrey! I love the way the picture pops on the first one and all of the dimension you created on the buzz cut LO!

Gorgeous Audrey! I so need to take a misting class from you!

WOAH!!! Gorgeousness! Everything is so yummy! I love all the neutrals and the little details :)